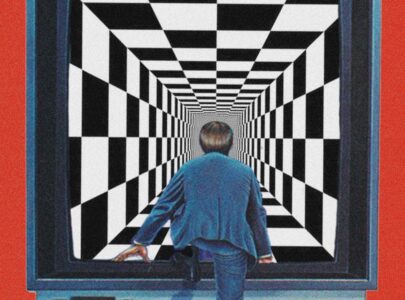 Leederville lads Psychedelic Prn Crumpets are back in business with their new single, “Mr Prism” released earlier this month.

It brings back the heavy drums and intricate bass licks as heard in earlier releases “Cornflake”, and is part of the 2019 album “And Now for the Whatchamacallit”

It begins with the sounds and ambience of an gaming arcade, before hitting the chorus hook and call / response of “New Year, Yellow, Pneumonia Gallows” which refers to lead singer Jack McEwan’s bout of pneumonia while on their last tour of Europe.

The first verse continues with the rolling basslines of Luke Reynolds, and Jack taking us through his personal experience of visiting doctors, leading back to the hard hitting chorus again.

As the song progresses elements of arcade machine and glitch-y technical noises are brought back to the forefront followed by a heavily distorted guitar solo.

“Nobody fears the nose beers” is the call / response in the final chorus, with the same heavy distorted drums and another fuzz-heavy bassline to take the song to another level, before finishing where it started with the ambience and noises of a local gaming arcade.

For more information, and to buy the single, head to http://www.psychedelicporncrumpets.com/