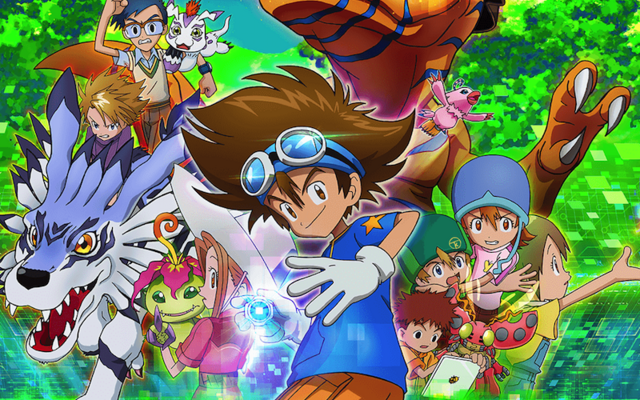 At 10:30am on Sunday the 5th of April the reboot to the classic Digimon Adventure series hit TV screens over 21 years after the release of the original, and to be honest it did everything perfectly…

Right off the bat, the show hit’s the correct notes with the shows opening song, starting off with a feather flying in the wind before quickly transitioning to a quick remake of the original opening which has even been done in the classic 4:3 aspect ratio.

It continues to impress by teasing the beautiful animation style with fight scenes, powerful evolutions which will come in the future and so much more.

I haven’t even mentioned the theme itself yet because while the new theme can’t beat the classic Butterfly by Kouji Wada, the new theme by Takayoshi Tanimoto is in itself incredible and does well to hold it’s own.

Reboot’s generally fail to live up to the original, while that’s true for the most part, it isn’t the case here because it doesn’t try to be a shot for shot remake like most reboots. (e.g. Dragon Ball Z and Dragon Ball Z Kai)

In the original, we are introduced to all the main cast in the first episode with all of the being at summer camp together, when out of nowhere all of them are thrust into a mysterious world inhabited by monsters known as Digimon.

In the first episode of the reboot we are only Introduced to two of the Main cast, Tai (The Leader) & Izzy (The Brains) as they work together when Tai is thrown into the digital world after he feels the strong desire to save his mother and sister who are stuck on a train that’s gone haywire.

When Tai is thrown into the digital world he meets his Partner Digimon Agumon, where they discover that the reason the train has gone haywire is because of a group of virus Digimon, by beating all of them they should be able to stop the train.

Once this is done and the train has stopped Izzy tells Tai about a Digimon attacking a defence network which is where the episode ends.

Personally I think it will be interesting to see how the show unfolds, as it’s evident a lot of time, love and effort has gone into it.

At the moment the show is exclusively english subtitled and is now available to streaming and simulcast on Crunchyroll.