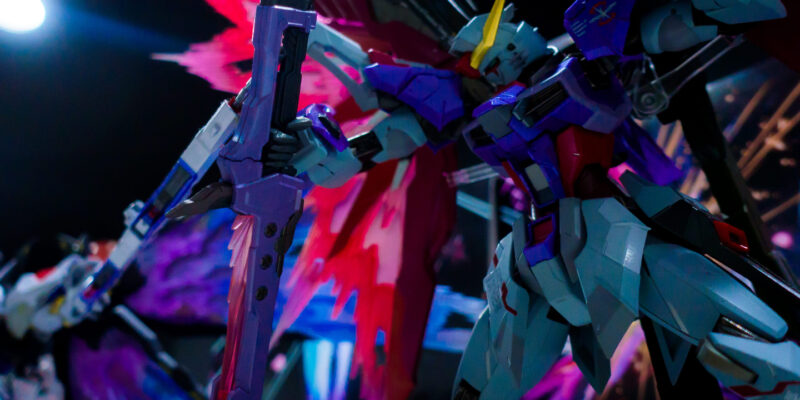 5 Amazing anime fights you must watch!

Everyone has their own preferences when it comes to watching anime whether that’s the genre you watch, the different studios you follow, or maybe you bypass those and read the new manga chapters when they come out. However regardless of all that I think that everyone is able to get behind an incredible fight, So here I am to give you 5 fights which I personally believe everyone should watch regardless of whether you like the franchises in question or not.

When it comes to Sword Art Online there seems to be an even split between the people who can’t stand it, and the people who enjoy it. However it’s hard to deny how good the fights are, and the latest episode that just aired on Sunday (19/07/20) is a prime example of that. From the detail of the art, the animation and all the small things in between this is a great example of what a fight should be.

This fight holds an incredible amount of emotion behind it, not just because it’s from one of the biggest anime franchises of all time, but because it was a milestone. This fight was treated as a passing of the torch when Goku had just sacrificed himself to save the earth from a self-destructing Cell, however, the fight wasn’t done as Cell regenerated and came back, leading to a blast struggle between Gohan and Cell as Gohan uses the last of his energy to defeat him and succeed his father as earth’s protector. (Even though it didn’t last well due to Goku coming back to life.) Most fan’s themselves believe that this is when Dragon Ball Z should have ended, with Goku dying and his son succeeding him.

Promare. An incredible movie made by Studio Trigger that just blew me away last year, with its flawless blending of classic 2d hand-drawn animation and 3D CGI it quite literally had my jaw dropped the entire time I first watched it.

Although there is a few fight scenes in it, the best one has to be the final one at the end with the protagonists Galo Thymos and Lio Fotia taking on the villain Cray Foresight in a massive mech battle that is constantly switching between CGI and hand drawn animation, and topped with the insanely non sensical plot that Studio Trigger is known for makes this an incredible fight to watch and it’s highly recommended you do.

One Piece. The current longest-running Manga and Anime franchise to date, lasting over 22 years, with over 933 episodes, 985 chapters and a story that will last for at least another 5 years it’s safe to think that picking just one fight from this franchise would be incredibly difficult. However that isn’t the case, The reason I chose this fight is due to its significance. This fight happens During what is known as the Paramount war. This arc marks the end of an era in the world of one piece and the halfway point for the franchise, and this fight set right in the middle of it is a perfect example of just how much farther Luffy the main character of the series has before he can call himself King of the pirates. This is shown by just how fast Luffy is beaten with the fight only lasting three minutes, because of this we get shown only a taste of how powerful Luffy’s future enemies will be and although he has come a long way since this fight there is still a large distance to go.

Now, this one is a personal view but.
This fight scene is genuinely my favourite fight scene of all time, because EVERYTHING is done right.
The animation is ridiculously fluid and beautifully done, allowing to show just how big the clash between the two titans of myth really is.
The music shows behind it is epic, carries those slight tones of darkness & helps to bring forward just how big this fight scene is.
The angles are beautiful and do an incredible job of showing how big the scale of the battle is the best example of this is when Tohsaka is at the 5 minute mark where is shows Tohsaka running as a massive explosion of pink’s, blue’s, and red’s go’s off behind the Einzburn’s mansion.
And then there is the SFX audio. Everything here is done correctly from the changes in the audio level’s, the scraping of Saber steel boots as the grind along the floor, the lingering sound after explosions even the ignition of the beam from Sabers excalibur.
Oh also did I mention that this is a 5 minute fight scene in a 2 hour movie!
This genuinely leaves me excited for the release of the 3rd movie this year and the fights coming in that with Shiro and Kirei fighting a Corrupted Berserker. and Shiro with Rider fighting Saber Alter. I am genuinely can’t wait for part 3.