According to Sinead O’connor (for those of you who don’t remember… she’s the one who sings Nothing Compares 2 U)  “music has officially died ” after the Rolling Stone put her smack bang on the cover.

What do you think? Has Rolling Stone officially sold out putting KK on the cover? 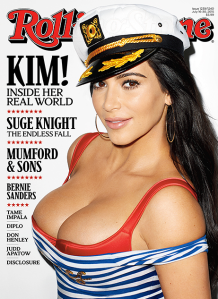